Hello! I typically teach physics to audio engineering students (undergrads), and develop new software applications, via machine learning or smartphone apps, to help prepare them for the future. In 2017 I also started getting involved in "AI Ethics" and "Science, the Humanities and Religion" through a special grant program in Oxford, UK. I used to do computational relativity and astrophysics, but it's been a while. 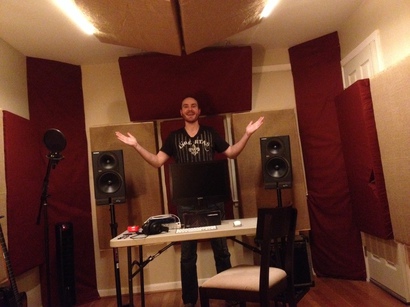 "Who 'Makes' The Rules? Whose Labels to Use?: Living By the Spirit in the Age of Machine Learning" by S.H. Hawley, Winner of FaithTech Institute’s 2020 Writing Contest, FaithTech (Oct 2020).

"Review of The Creativity Code: Art and Innovation in the Age of AI by Marcus du Sautoy" by S.H. Hawley, Perspectives on Science and Christian Faith, 72:1, p.52 (March 2020) .

"Challenges for an Ontology of Artificial Intelligence" by S.H. Hawley, Perspectives on Science and Christian Faith, the Journal of the American Scientific Affiliation 71, 2, 2019. (Also on arXiv:1903.03171.)

(...long hiatus during which I didn't care about publishing papers, just interested in teaching, playing music and giving talks...)

Citations in the CQG promo page for Numerical Relativity.

"The Clear and the Thick: Teaching & Learning as an Act of Faith", New Faculty Orientation, Belmont University Aug 9, 2019

"Crowdsourcing the creation of an audio dataset for human and machine medical diagnosis training," S.H. Hawley, T.A. Baird, F. Baird, The Journal of the Acoustical Society of America 142, 2612 (2017)

"Reflections on the Development of Interactive Learning Tools", Scholarship of Teaching and Learning Symposium, Belmont U, May 11 2016.

Bridging the Two Cultures of Science and the Humanities II, SCIO, Oxford, Templeton and Blankemeyer, (2017-2019)

The music I make: www.scotthawley.com


Why "hedges"?
Where I was a grad student and postdoc, computers were named after famous physicists.
When I moved to Belmont, I started naming computers after musicians who influenced me.